Our latest resubmission of our plans for the redevelopment of the Bloor & Dufferin lands is the result of extensive community outreach and consultations with city staff. Following the last resubmission in April 2018, the project has evolved substantially, incorporating new ideas to add more vibrancy, additional heritage preservation, and new connectivity to existing infrastructure. We are excited to share these evolutions with you. The first major change to the project modifies our vision for Bloor Street. We heard from members of the community that the existing Bloor Collegiate character was important, so we began a process to incorporate the façades of the Bloor Collegiate Institute (BCI) Building, including the Eaton embroidery factory addition, into the plans. The Eaton embroidery building façade would move to the west, connecting to the retained BCI facade, and south, giving way for a more substantial and safer sidewalk and public realm. Both the Bloor façade and the eastern façade of the Eaton building would be retained connecting this preservation into our existing HighStreet plan. The BCI façade would remain in place leaving a considerable setback from the sidewalk that could be used as patio space for a future retailer. This will not only add to Bloordale’s great retail offering, but do it in a way that celebrates the site’s history. The experience walking down Bloor will be a familiar one, improved with great retail and active uses spilling out into the public realm, as well as a more fine-grained architectural experience above helping to break up the blockand provide a visual stimulus as you make your way down the street.

Walk along Bloor or up Dufferin to the atrium (Privately Owned Publicly Accessible Space) at the corner of Bloor and Dufferin, and you’ll notice more changes. To start,our building setbacks have increased along Dufferin, making the visibility to the Kent School building more open, further improving how we intend to celebrate heritage on this site. Next, walk inside the atrium, grab a coffee, and take the escalator down to the newly proposed subway tunnel under Bloor Street into Dufferin Station. The project will truly be connected to the entire City. This new addition to the project is one that we are very excited to announce, and we look forward to continuing to work with the TTC to make this busy station more user friendly and accessible.Another great addition to the project is the newly proposed urban farming areas on the rooftop of the Kent School building. We believe this will help improve sustainability on the site and contribute to the overall programming opportunities for the project. We are looking forward to further exploring the potential of this ideain the coming months. This may feature both indoor and outdoor urban farming connected to a commercial rooftop restaurant with panoramic views of the Toronto skyline.

We’ve also responded to the comments regarding height of the proposed towers. This submission includes the lowering of our highest tower further from 44 storeys in our second submission to 37 in this one. We’ve made further reductions to a number of the other buildings on the site for an additional 58,000 square foot reduction in gross floor area compared to the previous submission, and over 118,000 square feet from the first submission in September 2017.

We have maintained from the beginning that our goal with this project is to create one of the best examples of urban master planning in the country, and beyond. A world class community that follows the guiding principles that were developed with the local community and stakeholders at the beginning of this process. This revisedplan enhances many of those principles, including enhancing the city building opportunity, improving connectivity, improving the retail experience, further celebration of heritage, improving integration and placemaking, and promoting sustainability and increased inclusivity. For more information on this resubmission, we encourage you to download the documentation provided to the city here. 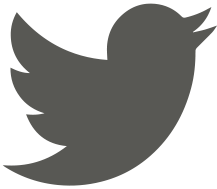